Effective September 1, 2015, there are new rules about driving that everyone should know, and the Peterborough Bicycle Advisory Committee (P-BAC) wants to help spread the word.

Until now, there has been no rule stipulating how much space a motor vehicle must leave when passing a cyclist. Now, drivers must leave a one-metre distance or face a $110 fine and two demerit points. The fine increases to $180 in community safety zones.

This law is part of the province’s Making Roads Safer Act, which was passed in June 2015 with an aim to ensure that our roads are safer for all users. New rules include:

To spread awareness of this new law, P-BAC took a bike ride around town on October 14 with signs that help drivers and other cyclists, visualize what one-metre looks like. Take a look at the pictures and video below: 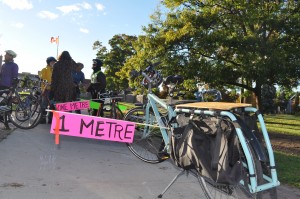 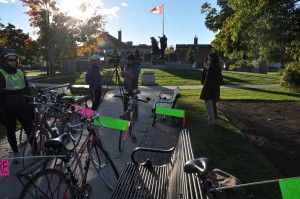 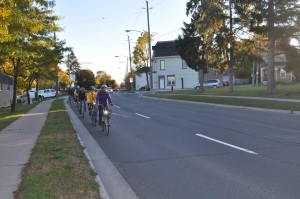 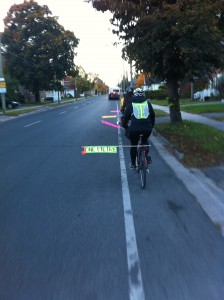